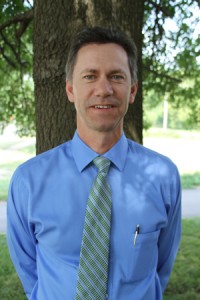 Dr. Scott Sawyer grew up in northeast Iowa. He attended Luther College in Decorah, Iowa, graduating Summa Cum Laude and receiving a bachelor’s degree in Biology in 1986. He was awarded an NCAA post graduate scholarship, which he used in pursuing his optometric education. He graduated with highest honors from Indiana University School of Optometry in 1990. He is a diplomate of the American Board of Optometry and a member of the American Optometric Association and the Illinois Optometric Association. He began practicing in 1990 and is available for appointments in both the Hillsboro and Greenville offices. Dr. Sawyer has two daughters Haley and Hannah.

Dr. Eric Johnson graduated from Southeast Missouri State University receiving a bachelor’s degree in Chemistry and a minor in Zoology. After graduation, he followed his father’s footsteps, Dr. Douglas Johnson, attending The Illinois College of Optometry in Chicago, IL to receive his Doctor of Optometry degree in May, 2011. Dr. Eric Johnson was named to the Dean’s List and received clinical honors on multiple occasions. During his education, Dr. Eric Johnson received extensive training with premier Low Vision specialists at the Spectrios Institute in Chicago, St. Louis University Hospital (Anheuser-Busch Eye Institute), and the Chicago Lighthouse for the Blind. He is a member of the American Optometric Association as well as the Illinois Optometric Association. Also, he is on the board of executives for the Litchfield Chamber of Commerce and is an active member of the Litchfield Rotary Club. Dr. Eric Johnson enjoys spending time with his son Liam who was born in December of 2009. He is available for appointments at all three Family Eye Care Association locations in Hillsboro, Litchfield, and Greenville. Furthermore, with his interest in Low Vision Rehabilitation, he is seeing partially sighted/blind rehabilitation patients at the Litchfield office. 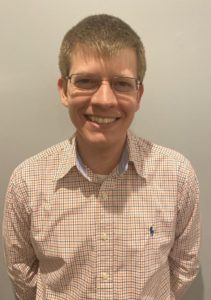 Dr. Nathan Kirby was born and raised in Hillsboro, Illinois. He received a bachelor’s degree in biology and minor in chemistry from Blackburn College in 2012, graduating Summa Cum Laude. Dr. Kirby attended the University of Missouri-St. Louis College of Optometry and graduated in 2016 with honors. Dr. Kirby sees patients at all three Family Eye Care locations. He is a former adjunct assistant professor at the College of Optometry, where he taught clinical skills, ocular disease, and practice management courses.  He is a member of the American Optometric Association and the Illinois Optometric Association. Dr. Kirby and his wife Kendra live in Hillsboro and enjoy spending time with their daughter Brooklyn and dog Trixie. In his spare time, Dr. Kirby enjoys watching St. Louis Cardinals baseball, St. Louis Blues hockey, coaching his daughter’s sports teams and playing golf.

You can schedule your next eye exam with us online!